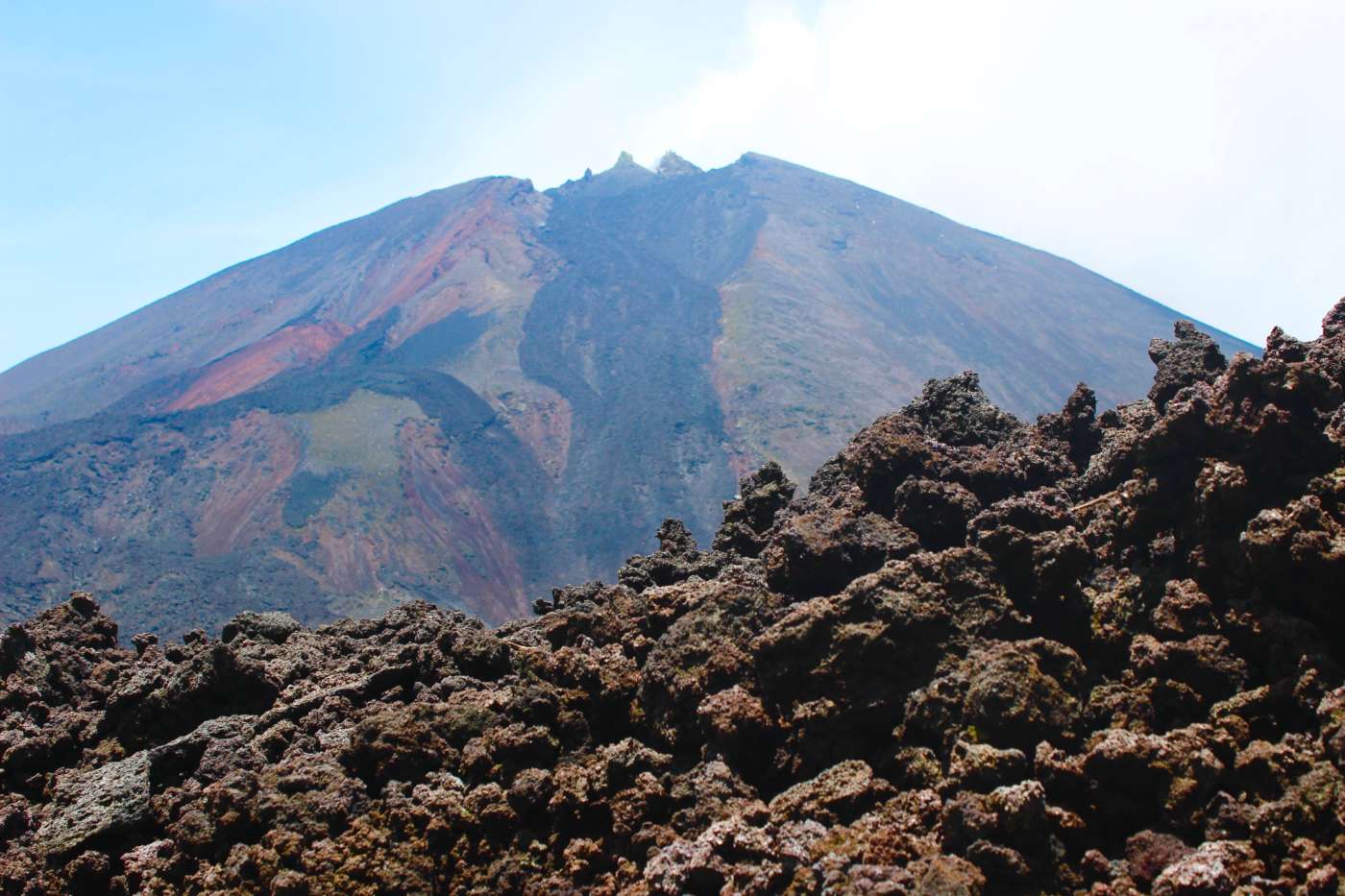 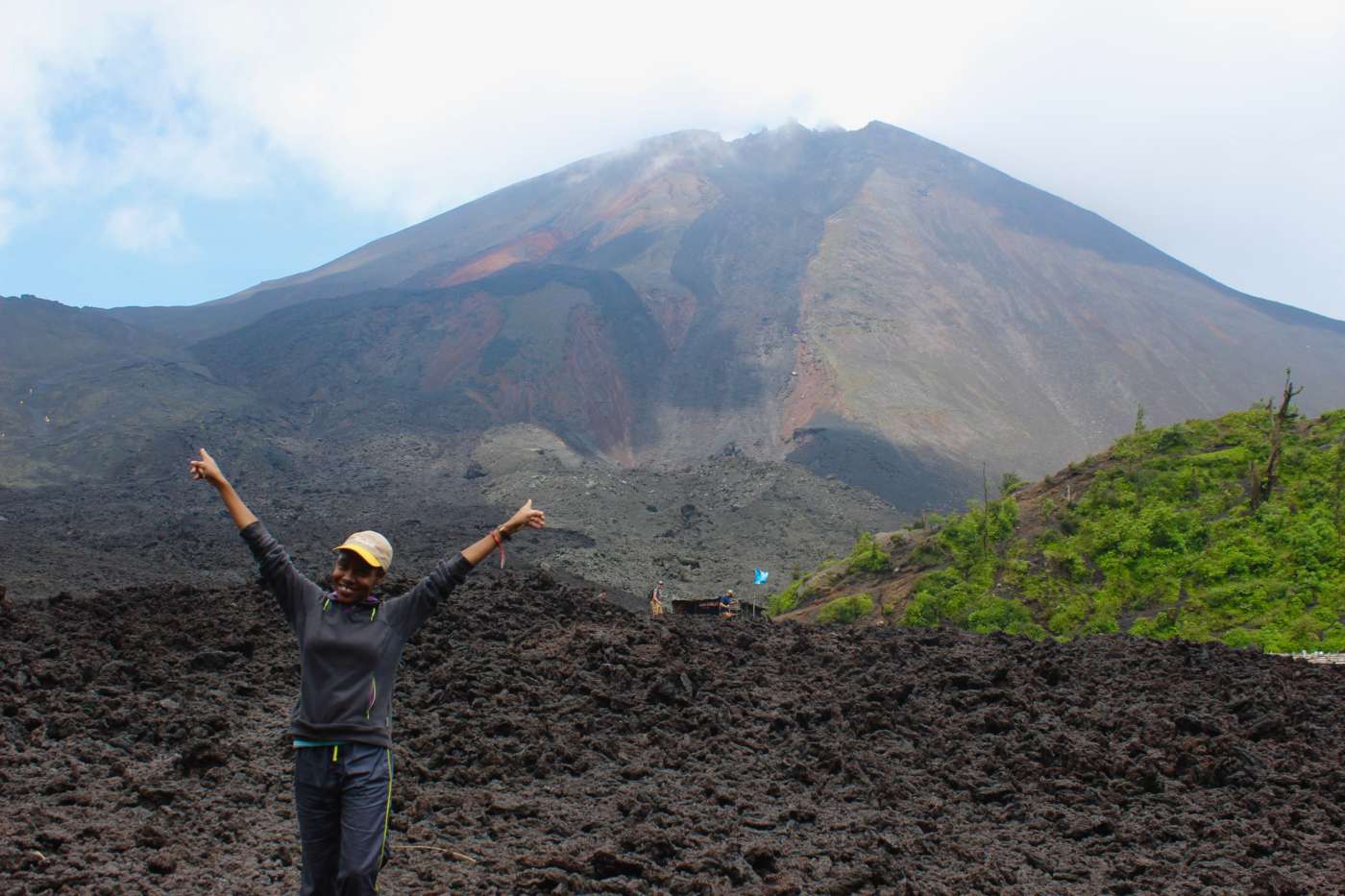 I arrived in Guatemala less than two weeks ago and in the space of 3 days, I hiked two volcanoes. The volcanoes here are that impressive and worth the adventure if you have the time.

If you are familiar with any Central American guidebooks, then the town of Antigua will be of no surprise to you.

I arrived in Antigua with minimal exceptions and so far it is one of my favourite cities in Latin America. Surrounded by volcanoes, talk-about architectures, good vibes and stunning sceneries, Antigua is worth a few, good, full-days to explore if not weeks. I personally could say here for a while.

After the 1773 Earthquake and shuck the city, leaving behind several ‘damaged infrastructure’, many travellers pay a visit to see the aftermath and just to enjoy a few days roaming the colourful streets. 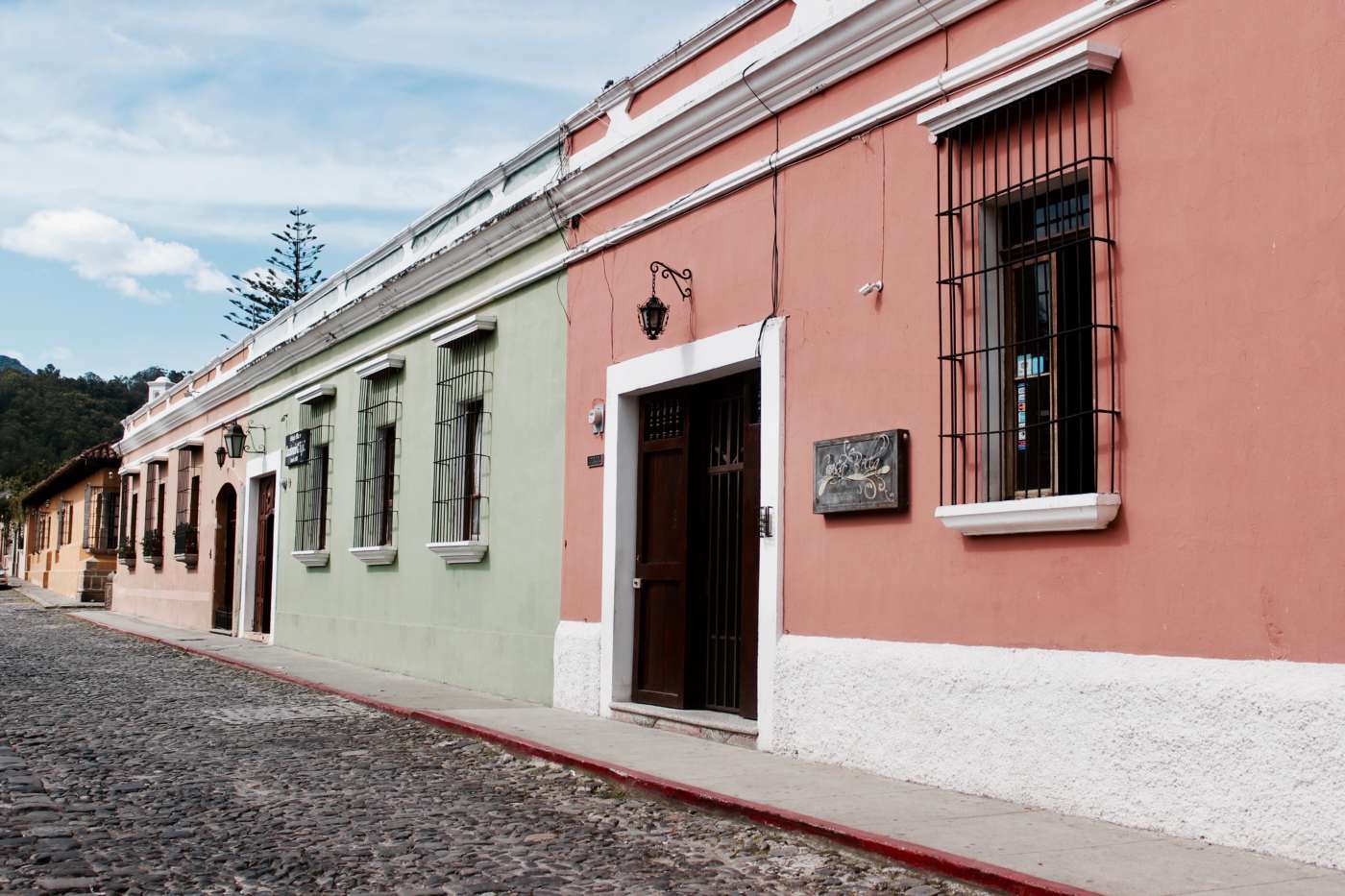 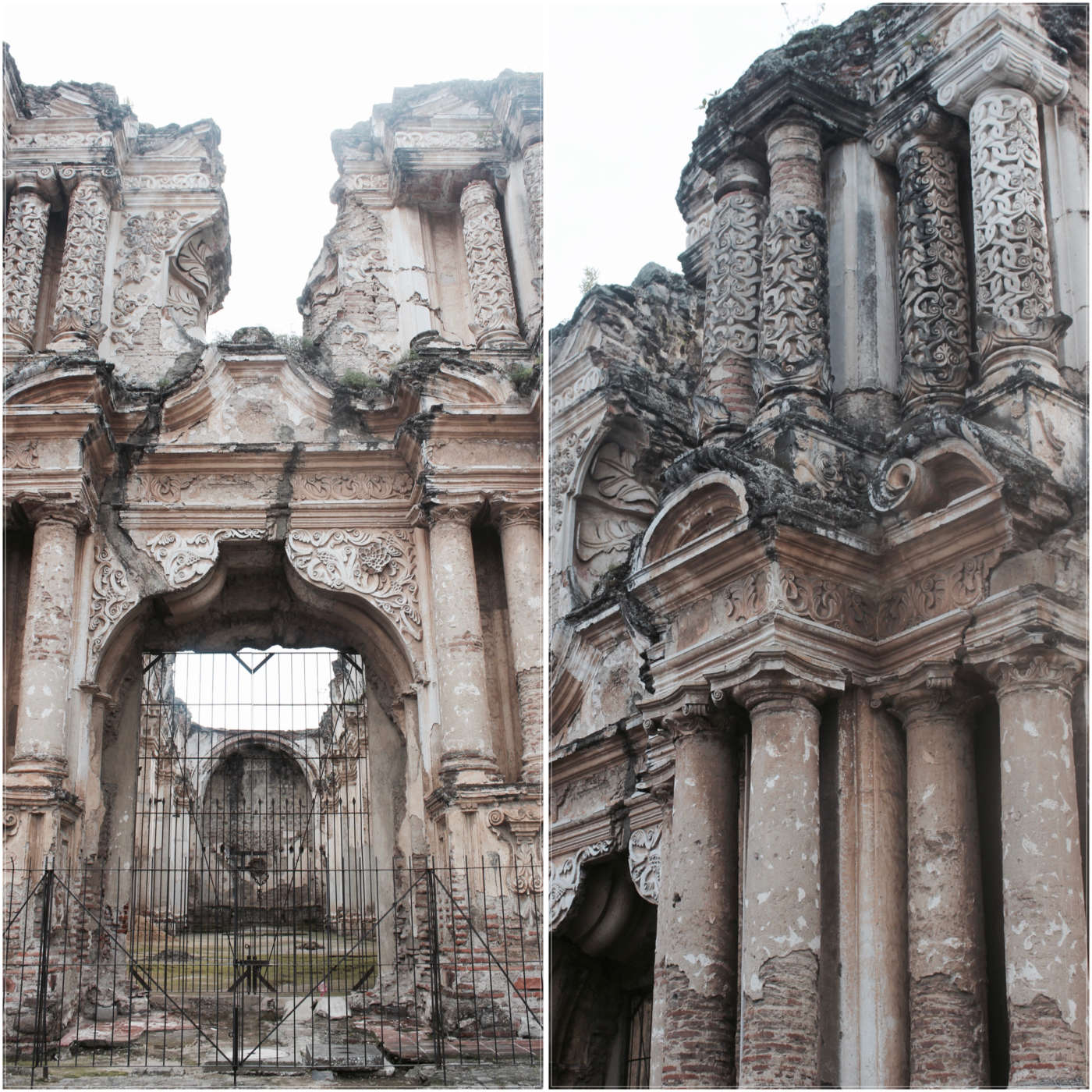 With so many volcanoes in sight, Antigua has become a hot spot to get up close and personal with the stunning views of the Volcanoes.

No one had to tell me twice that I should save whatever energy I had for a few good ‘volcano adventure’. I was eager to get up there and experience a part of nature I probably will never get the chance to do again.

Of course, hiking a volcano is not the easiest task. Thinking about the steep inclines will make you second-guess. 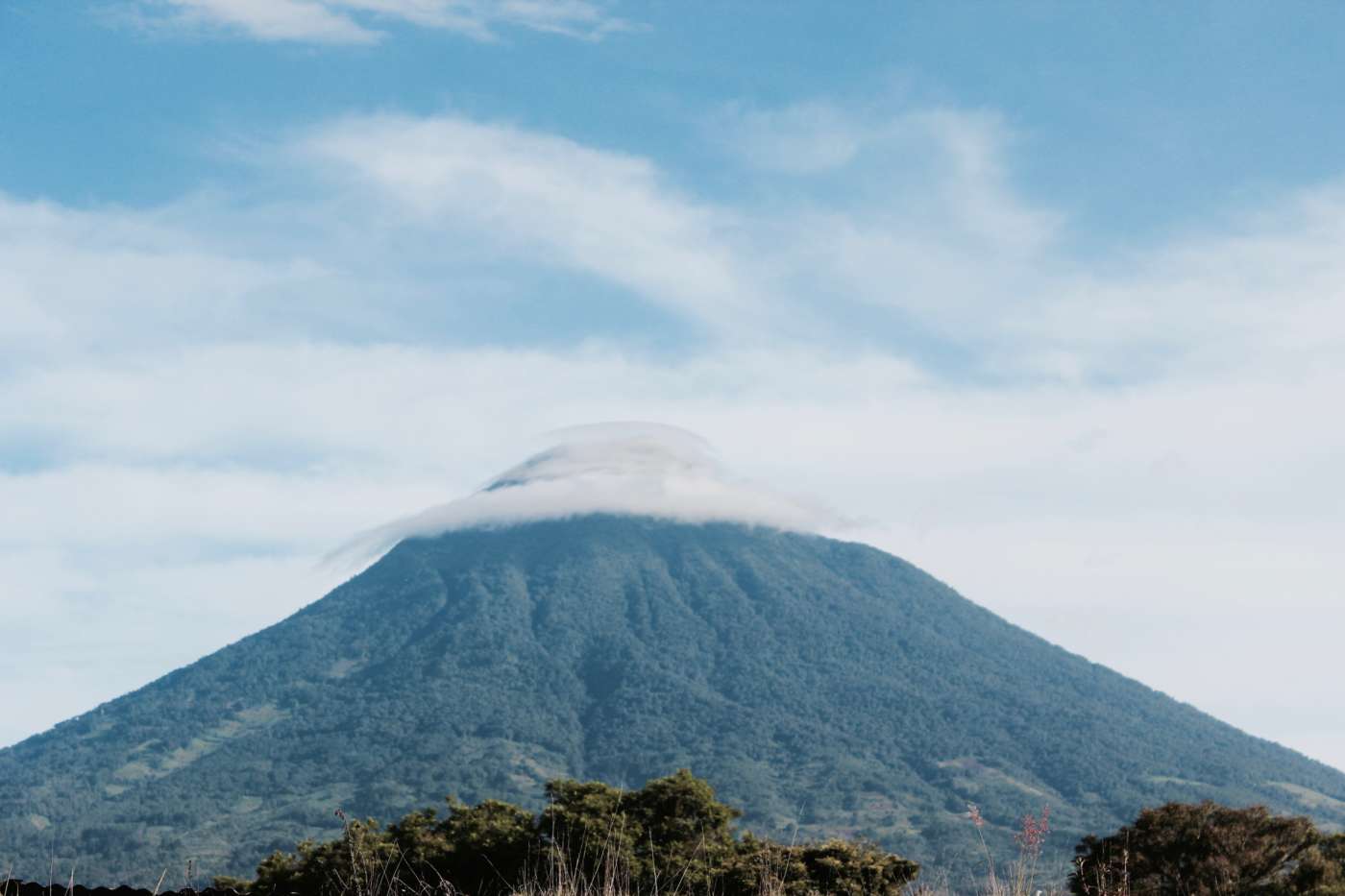 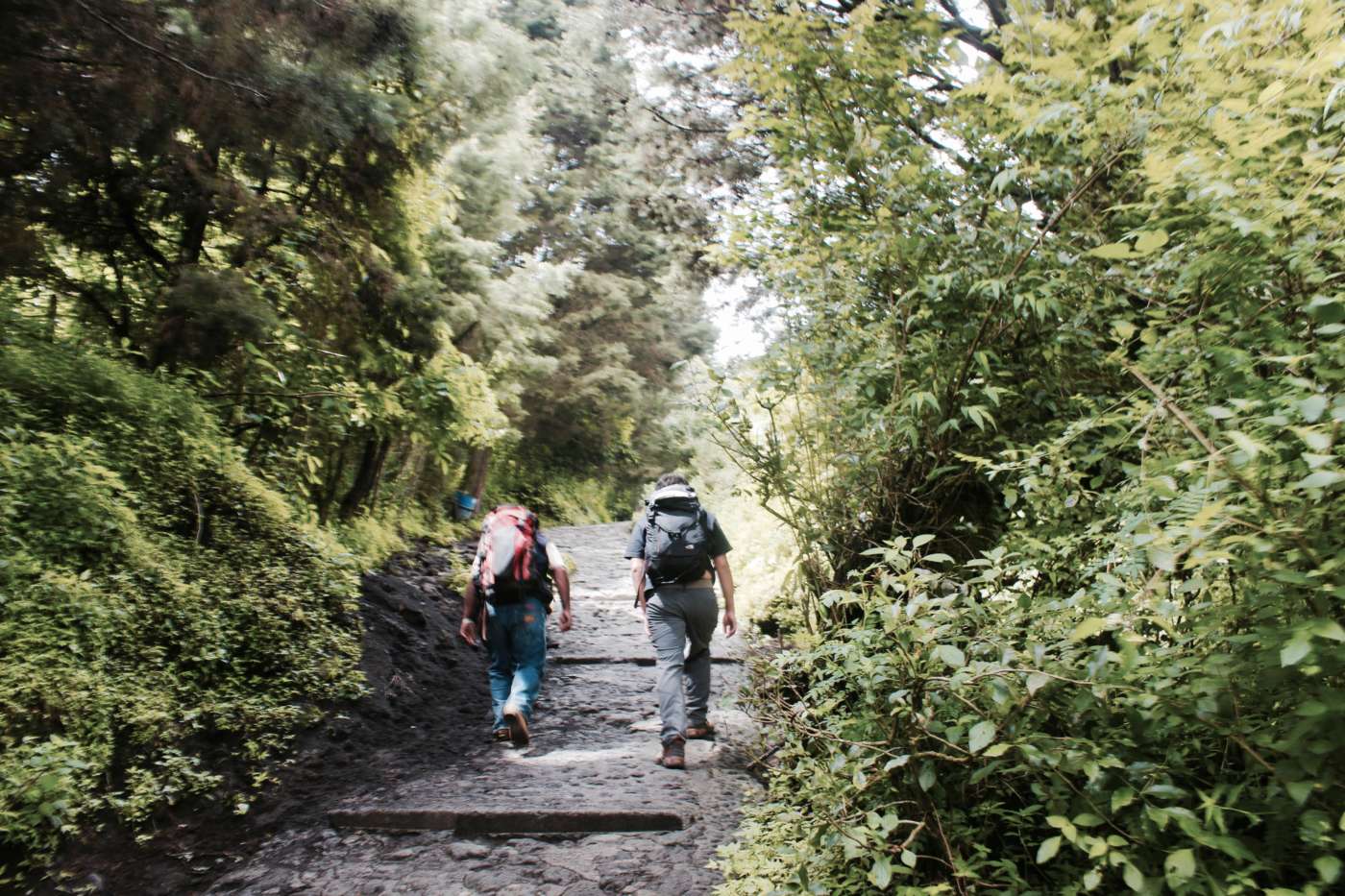 I had heard so much about Pacaya Volcano before arriving in Antigua and was so excited to experience it with Old Town Outfitters.

At approximately 8:30 am we were on route to the trailhead of Pacaya Volcano. Since the last eruption took place in June 2015, I was a bit nervous but more so pumped and excited.

The hike up to the base of the Volcano was moderately easy but maybe a tad bit more challenging for those who are not accustomed to the high altitudes. 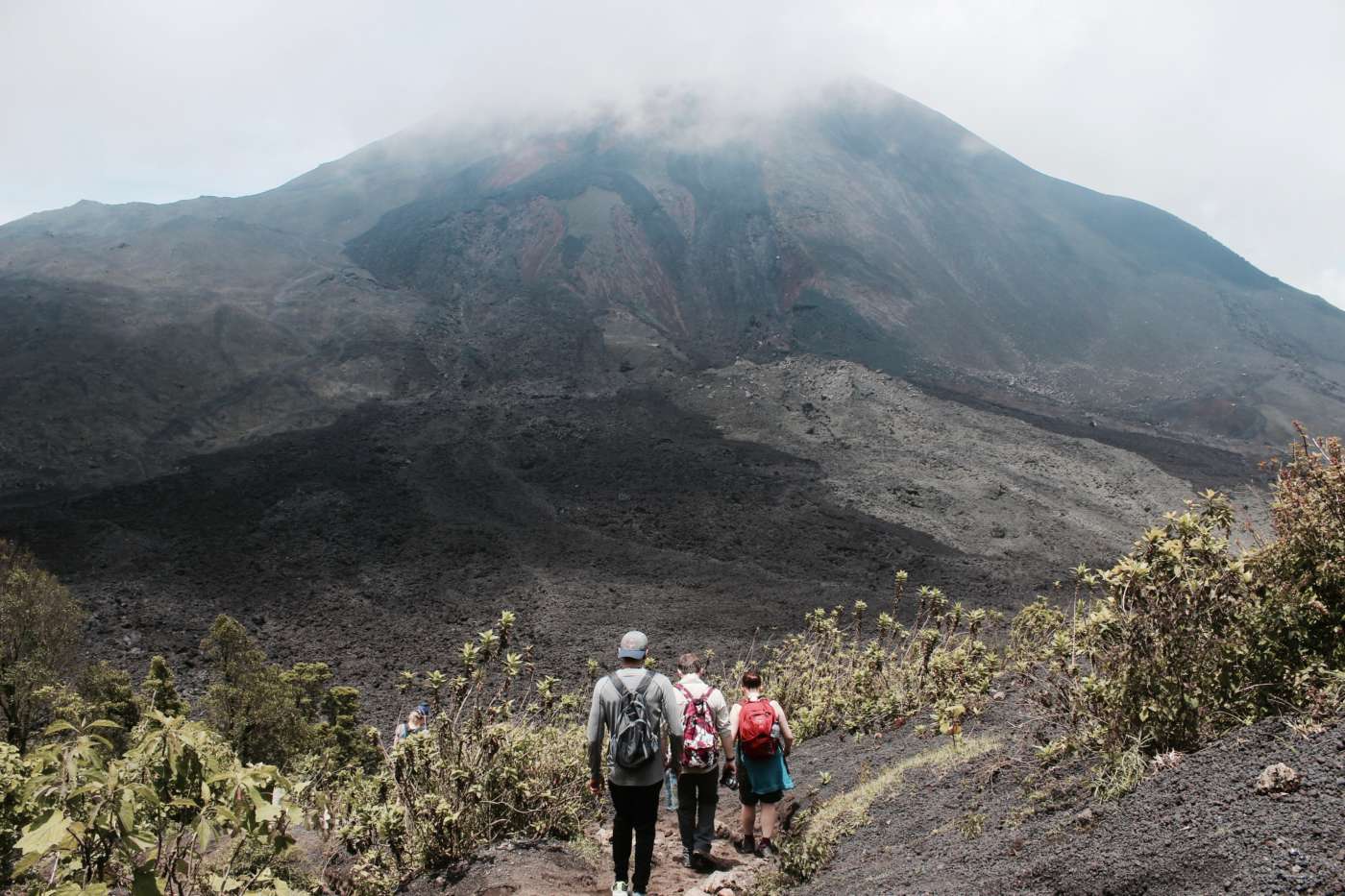 Trodding along the dark, black volcano soil already sets the mood a few minutes in.

After a while, maybe a little more than an hour going up into the mountains, I was walking along the base of an active volcano.

The summit was first engulfed in puffs of clouds, but after a few minutes, all that was cleared up and the views were stunning. 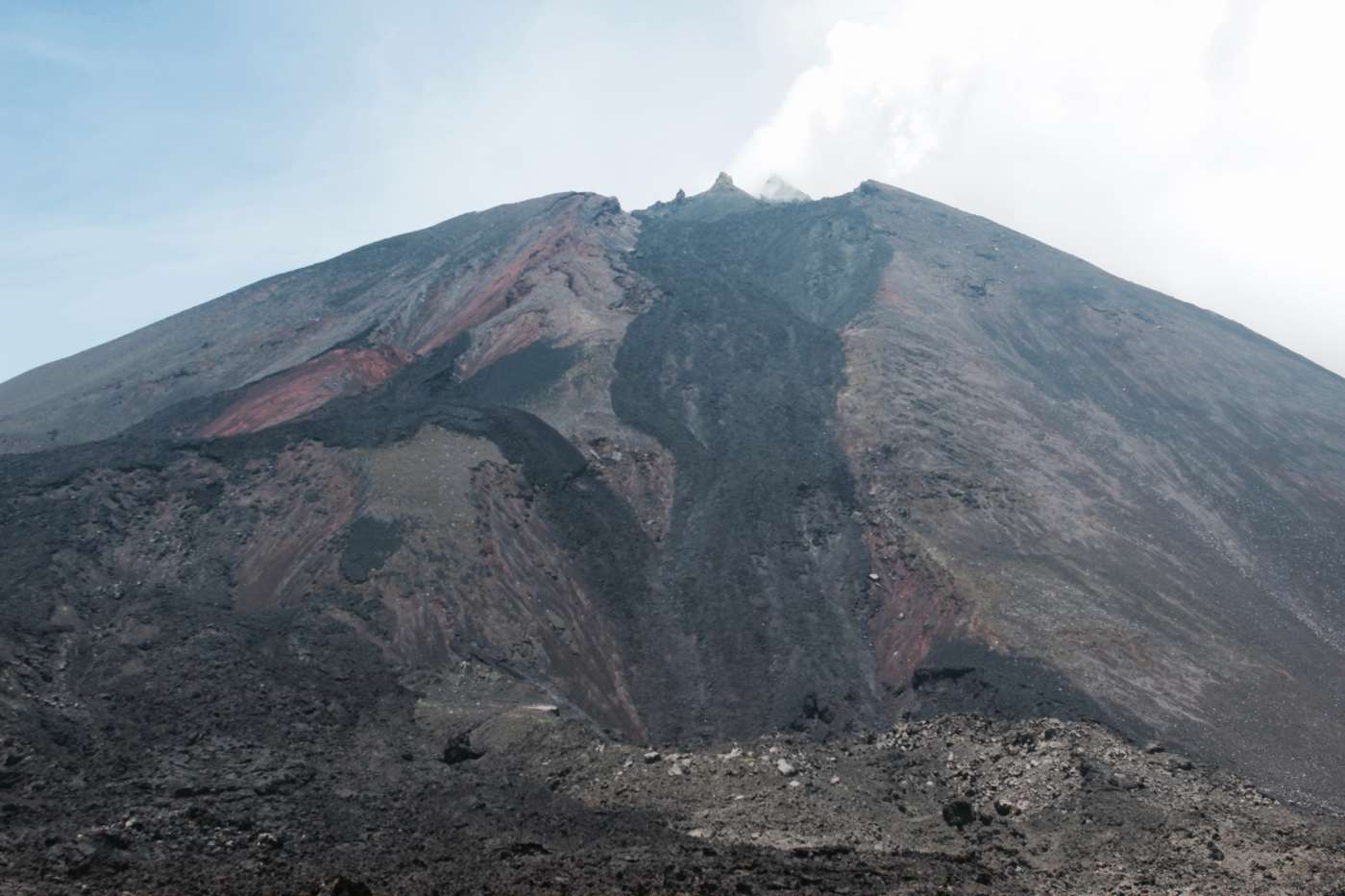 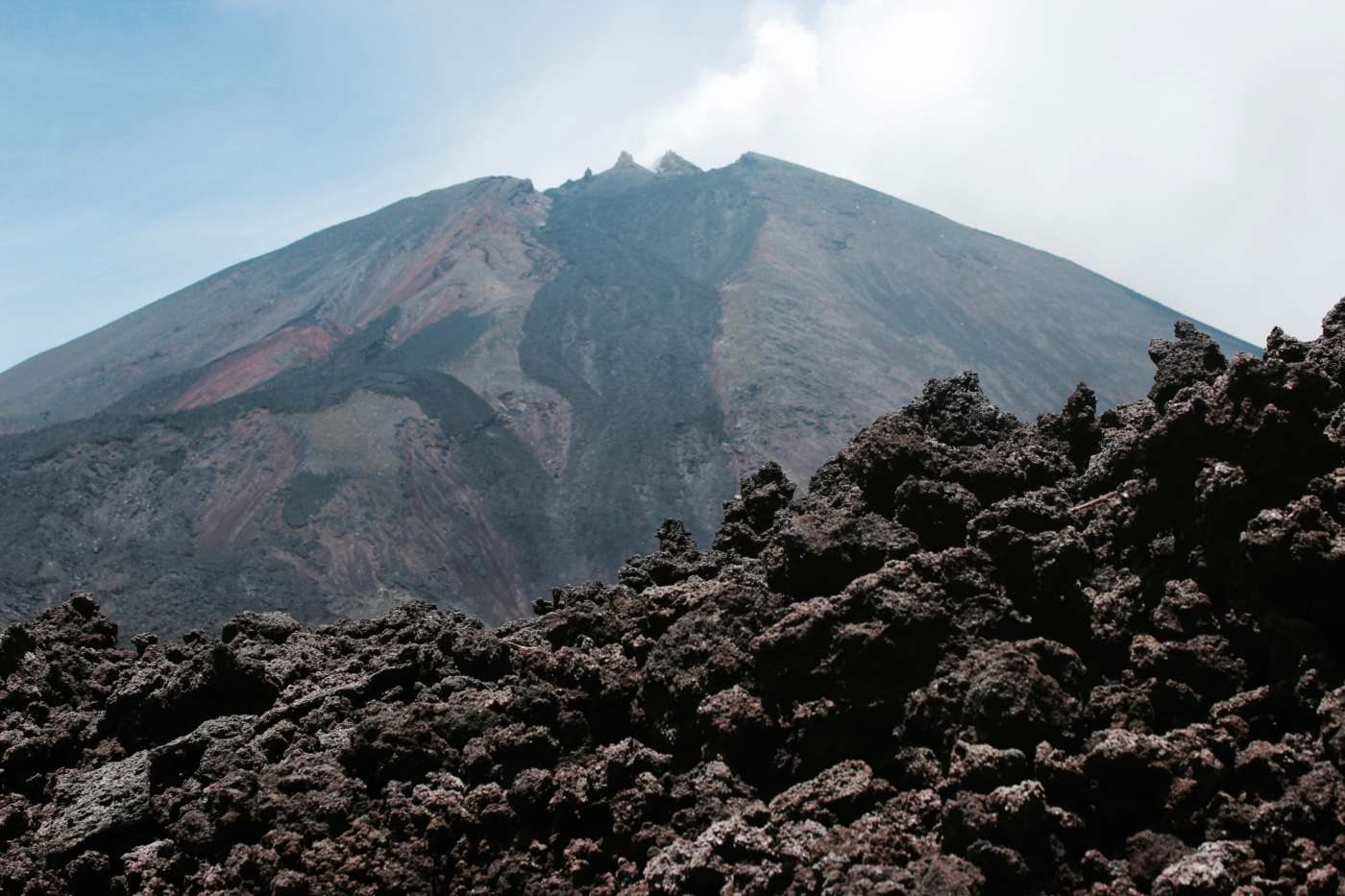 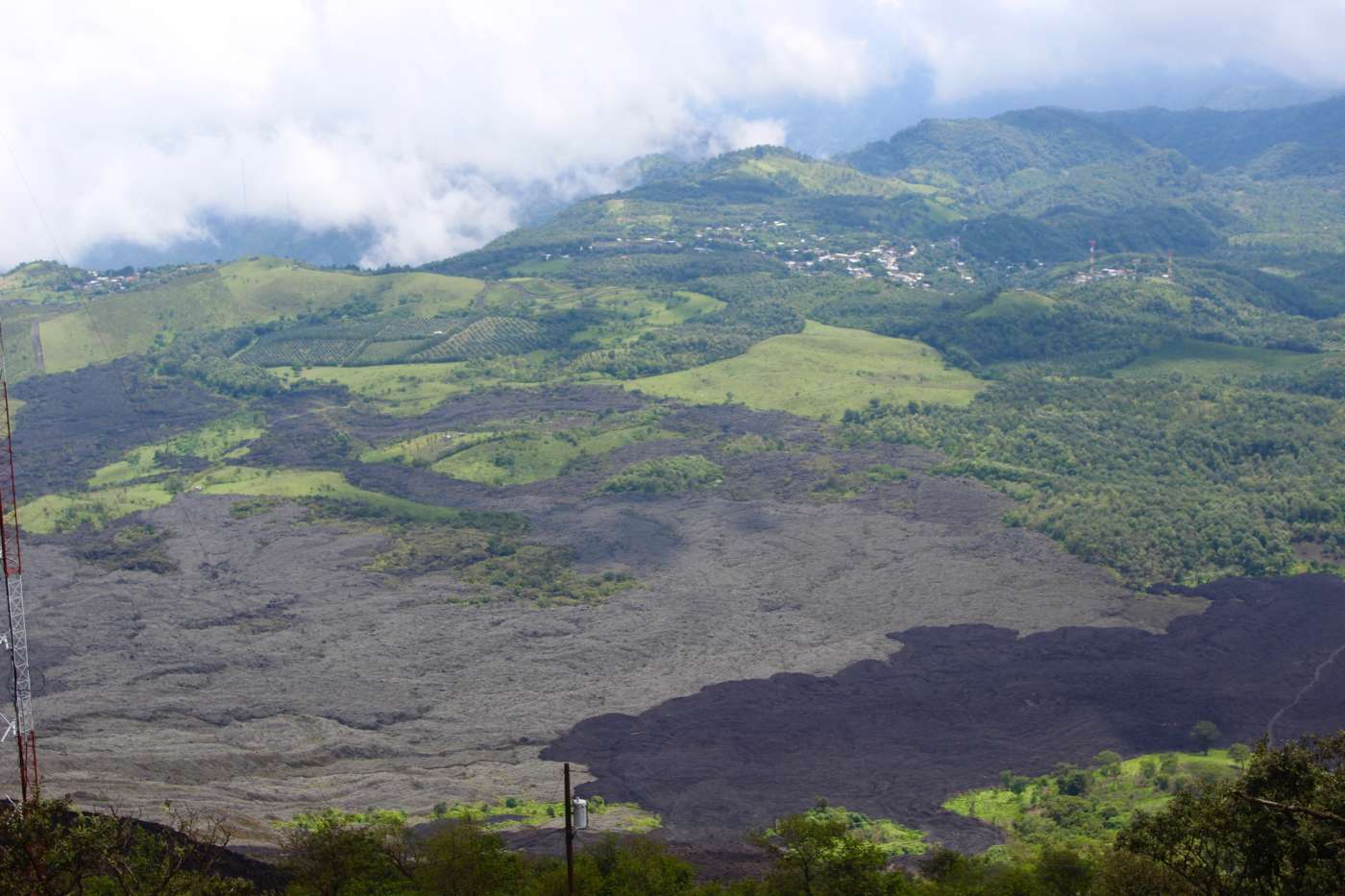 Since Pacaya Volcano erupted 3 times over the last 5 years, walking along its base means walking on lava fields. Molten enough to be quite an experience and safe enough to walk around without any worries.

How many times have I toasted marshmallows from the heat/fire produced from the lava fields? Never, until this hike. 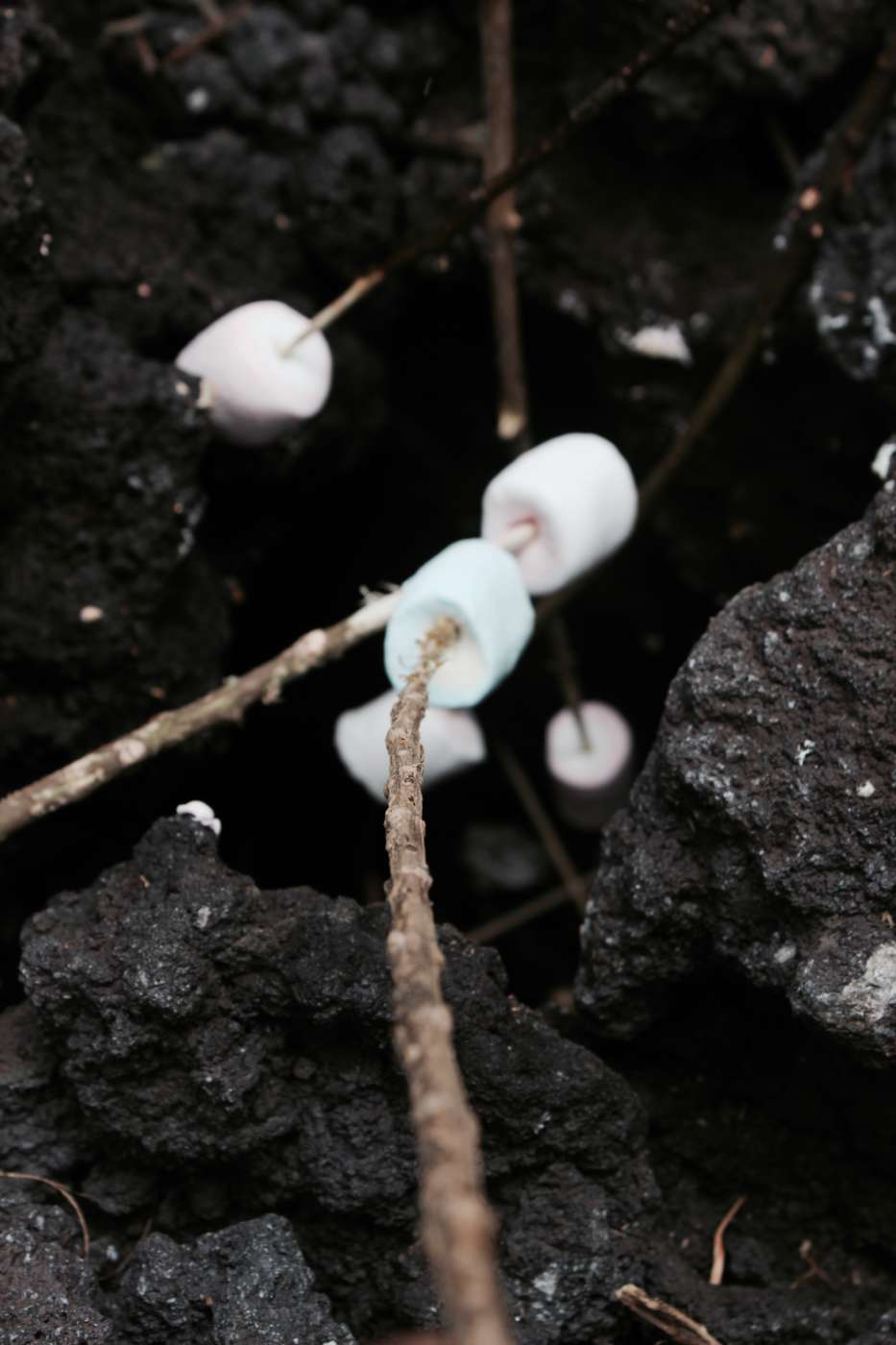 The deeper cracks in the ground would give off a stronger heat sensation. We (my group and I) made use of this by toasting a few marshmallows. Once again, something I’ve never done before and probably will never get the chance to do again.

By late afternoon I was back in Antigua just in time for an afternoon coffee. Antigua is also known for its richly grown coffee mainly because of the volcano enriched soil. Here for a visit, I recommend trying a cup.

Hiking volcanoes is a popular activity here. Two days after Pacaya Volcano, I was on to hiking Acatenango Volcano to get up close and personal to one that is erupting.

In a few days, I will be sharing my experience of how I spent a night at a campsite watching an active volcano erupting from my tent. One word: Unbelievable. 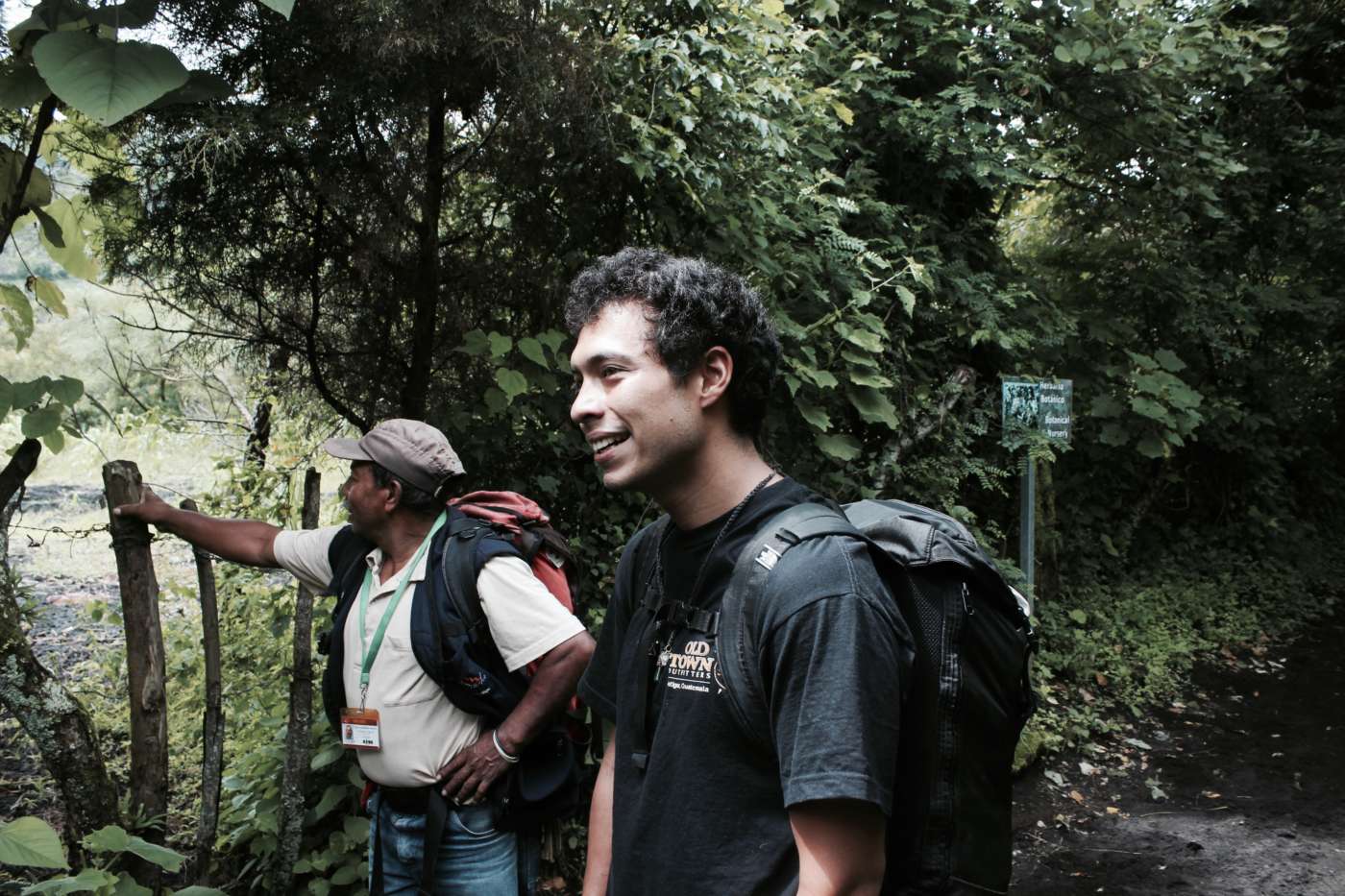 Thanks to Old Town Outfitters for the complimentary tour.

10 Things To Know Before Traveling To Cuba