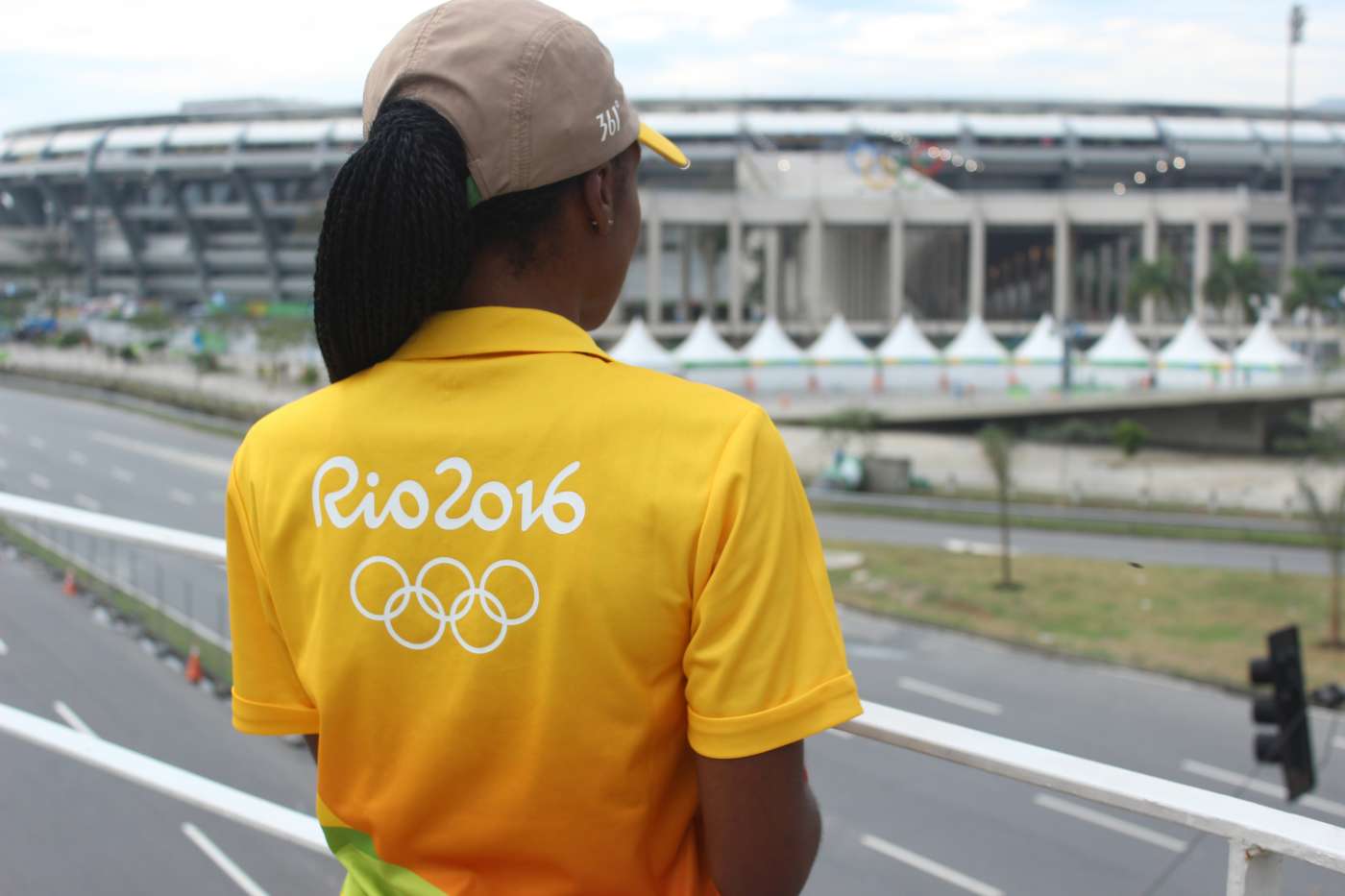 I Was A Volunteer For Rio 2016 Olympics

I was a volunteer for Rio 2016 Olympics and it was probably one of the best decisions I’ve made yet.

You can view a video highlight here: “Road to Rio” as a volunteer!

This was a 2-year process that started in 2014 to fully confirm my participation in the 2016 Olympic Games.

I applied right after I took my very first trip to Brazil. I was so fascinated with the country, the people and I imagined it would be a great idea to be apart of the greatest event ever to be held in South America.

For those of you who have been following me and my travels for a while now, you will know that South America is my playground. I travel below the equator a couple of times per year and so far it’s one of my favourites.

My thoughts were, the biggest of events is coming to South America for the very first time. My main question was, ‘when will there ever be another opportunity like this so close me again?’ I then began to see it as a “Once In A Lifetime Experience”.

So here is the breakdown. I applied to be a volunteer in October of 2014. Went through the interview process in September 2015 and finally got accepted in November of 2015. The “Road to Rio” was imminent.

On July 29th, 2016 I was en route to Brazil from Kingston, Jamaica.  19 hours after I made it to Olympic City, Rio de Janeiro with, Avianca; A Star Alliance Member.

Did I ever second guess this move? Absolutely not. I saw it as a once in a lifetime experience. Furthermore, it is not very often you get the chance to be a part of the Olympics. Rio 2016 was about to be my first.

I was excited and thrilled at the opportunity. I could not wait to see what it was going to be like to give back at such a grand event.

I have always viewed volunteering as a great way to experience and to help where it is needed. Of course, it is also a great opportunity for someone looking to travel, meet people from all over the globe and to experience a different culture. 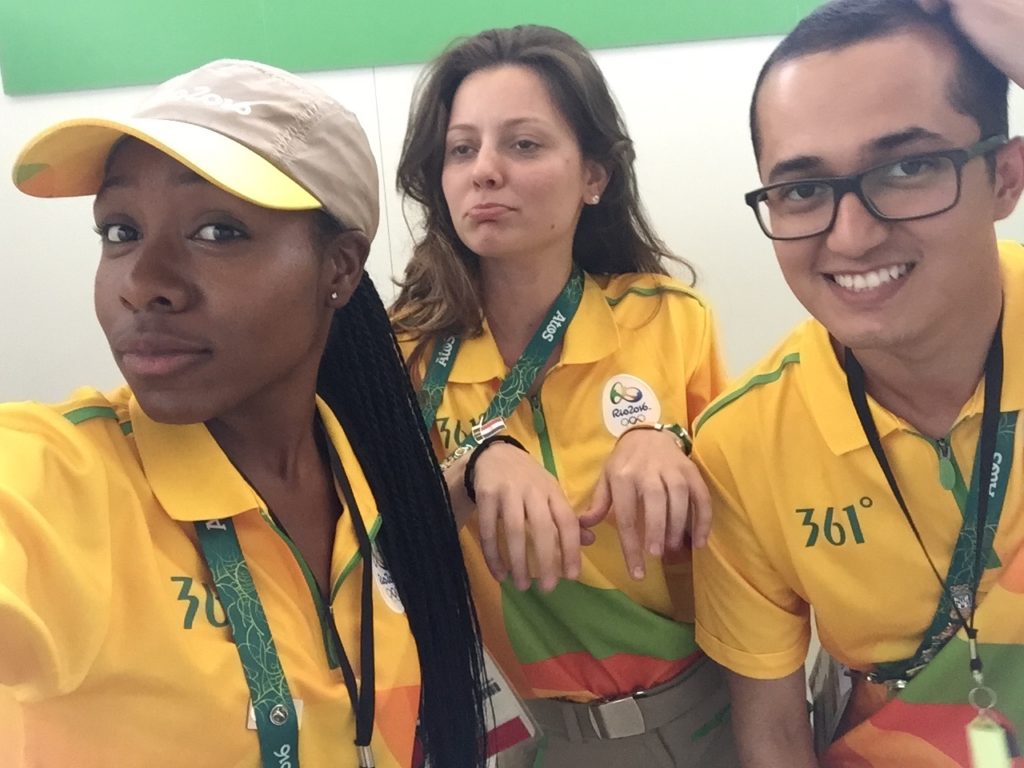 So, this is the part I am even more excited to share with you all. I arrived a week before the starting of the games. During this time, I had a scheduled session to pick my uniform which was brightly decorated in the Olympic colours. Every piece of gear was Rio 2016 themed, from head to toe. I loved it. Fun fact: A Swatch Rio themed watch was also included in the uniform kit. So cool! 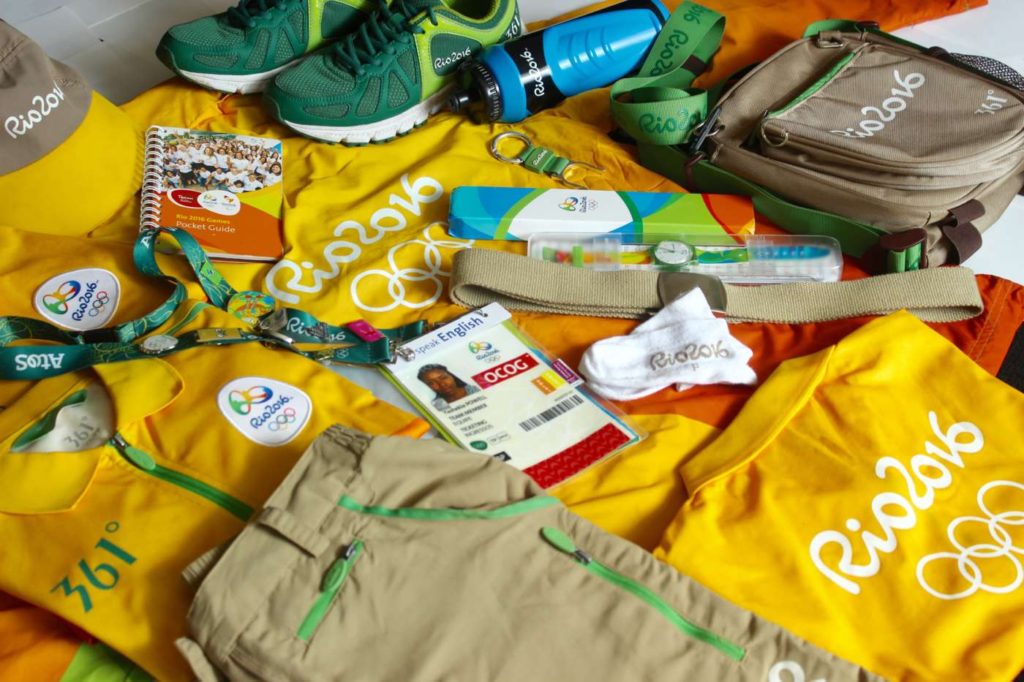 Volunteering aboard also means meeting new friends. Within my very first couple of hours of being here, I met volunteers from all over which are now friends. Friends from Russia, Turkey, England, Mexico, Italy, Estonia and Brazil itself,  just to name a few.

My first week was mainly a meet and greet; Olympic team sightings, city sight-seeing and scheduling with new friends.

I was assigned to be at the Maracanã and Maranacãzinho Stadium. Home to the Opening and Closing Ceremonies, the final events for the men’s and women’s football games and Indoor Volleyball respectively.

My very first day entering Maracanã Stadium was for the Opening Ceremony for the Rio 2016 games. It was a night filled with colours, culture, excitement, star athletes, and of course countless nail-biting moments as I was mostly in disbelief about being there.

To have experienced the Opening Ceremony on my very first day entering Maracanã,  I knew this was about to be an unforgettable time.

Most of my days were spent between these two stadiums and my job was to assist spectators with their tickets. You’d be surprised about the daily issues that would occur from just within the ticketing zones. From faulty bar-coded tickets to spectators not being able to find their assigned seats, simply because they just do not exist. 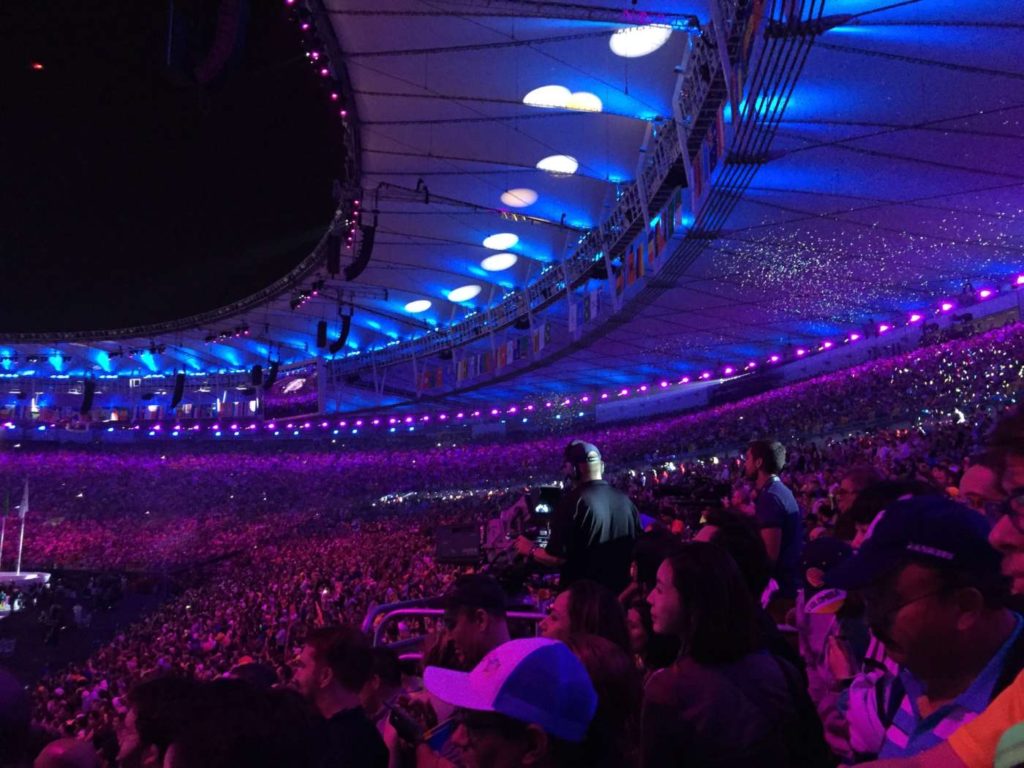 Volunteering at the Rio 2016 games was like no event I have ever been a part of. I think one of the most exciting parts about it for me, was seeing people from all over the world representing their countries. How passionate they were watching their favourite teams or teams playing, and of course coming in close contacts with the athletes. For the most part, because of how astonished I was,  I just stood and stared. Great memories!

I was a volunteer for

and it was probably one of the

best decisions I’ve made yet.

Furthermore, every day was like a new adventure. From the early mornings, I slipped into my favourite “Rio 2016” gears until the late evenings I check-out of the Maracanã stadium. It was always a day that is filled with excitement, surprises, and the unexpected. To my surprise, after being in Rio for a few days I was invited to partner with Innclusive for my next coming travels. I am truly excited to travel with them to Iceland in a few weeks. Stay tuned to see the updates.

It Was Not ALL About Working

Athletics, Basketball, Fencing, Equestrian, Volleyball, Football. I got to experience all these games courtesy of the Rio 2016 Volunteers Team. How do I even put it into words seeing the final football game between Brazil & Germany or seeing Usain Bolt running the 100m and 200m finale? I can’t! I just can’t express the feeling, the atmosphere or just the thought of seeing this live. This was a big tick on my bucket-list. 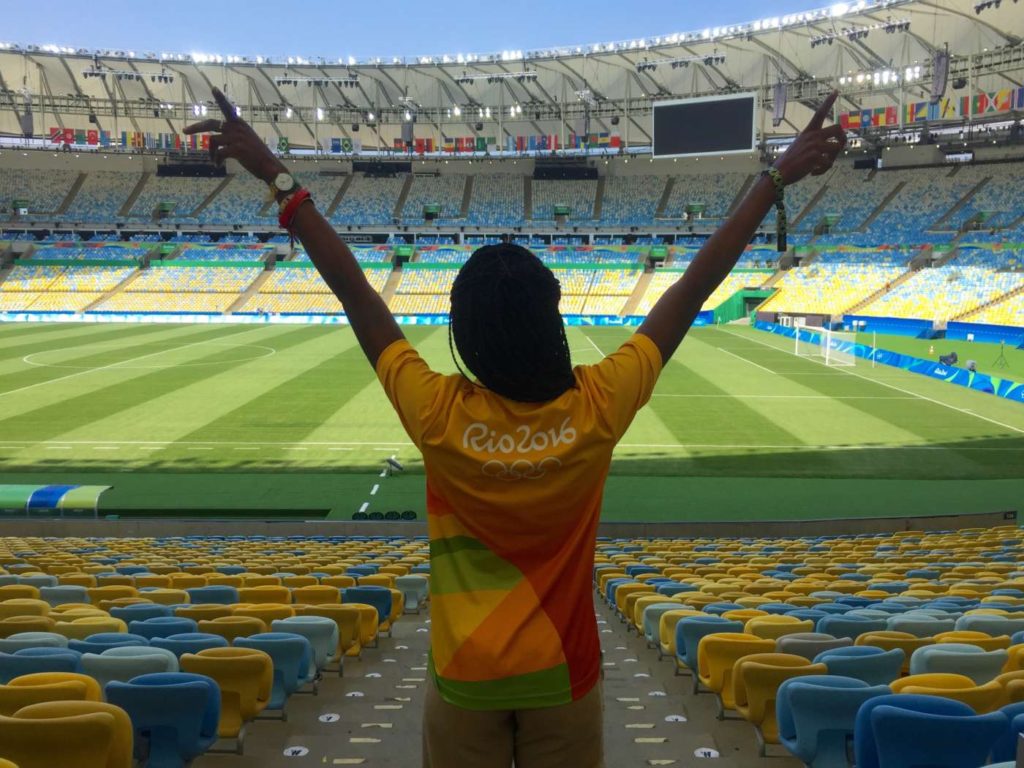 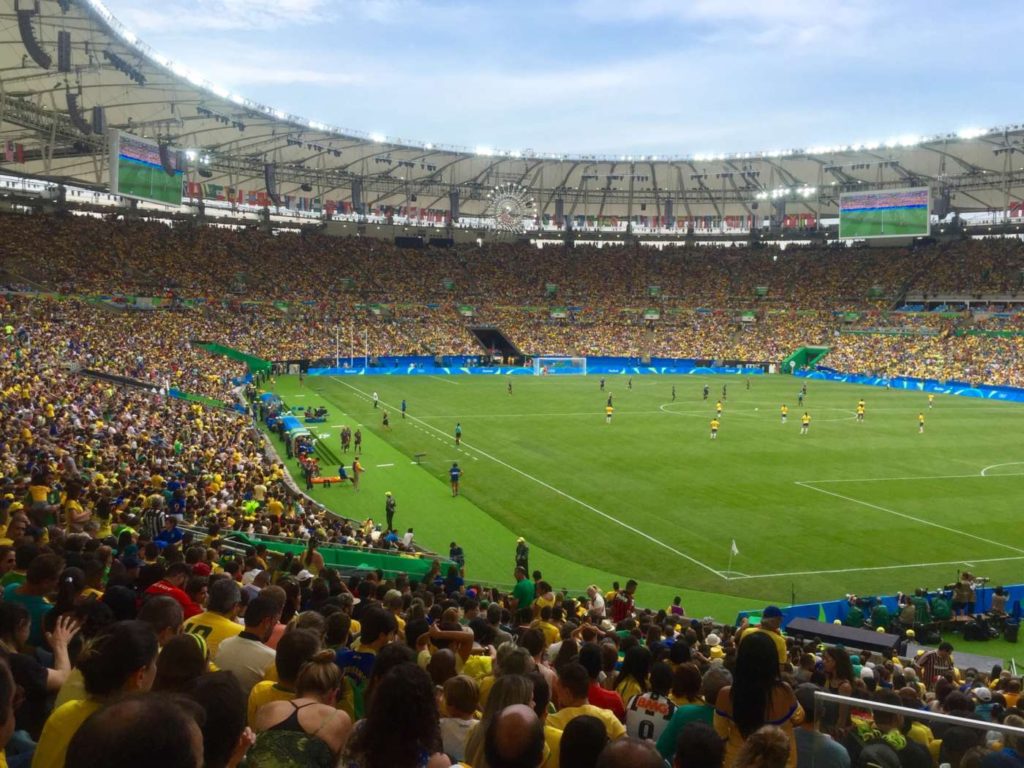 In addition to that, if you know me at all or even a little,  you’ll know I will take any chance to ram the edges of the city.

Rio de Janeiro is such a beautiful city. One that is filled with character, friendly people, mountain peaks, more peaks and delicious Caipirinhas (local Brazilian drink). Being a ‘tourist’ on my days-off and free time, time was a must. 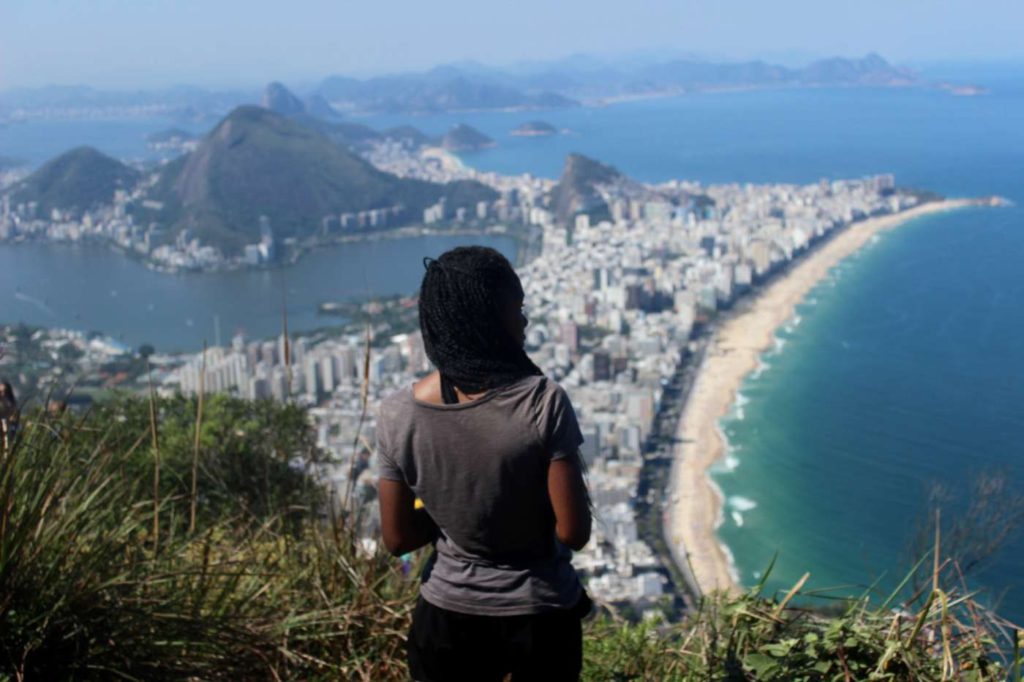 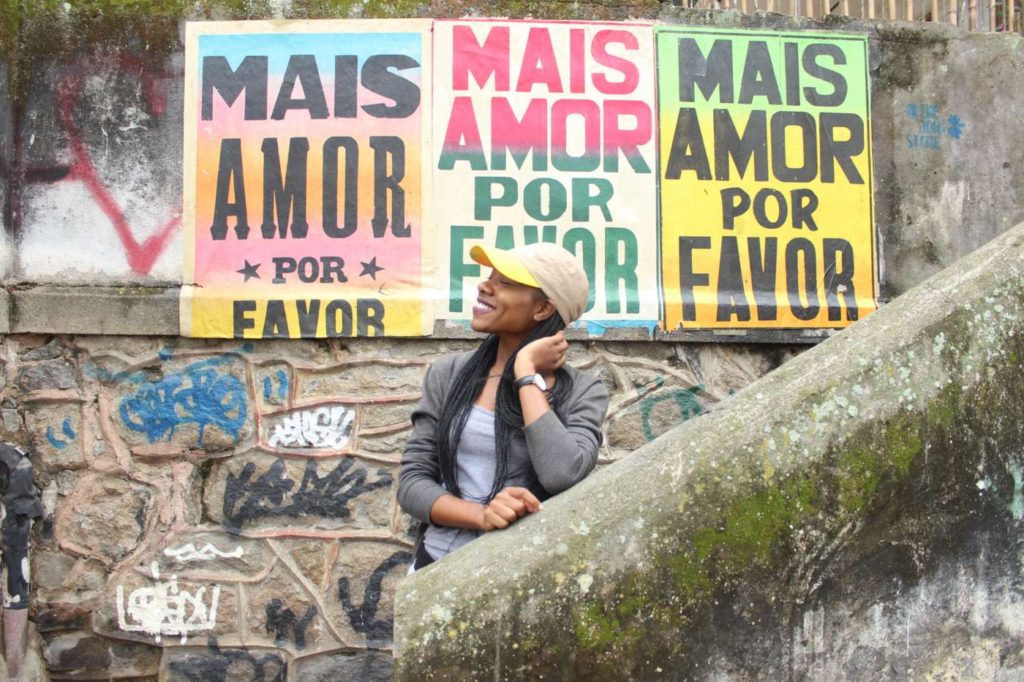 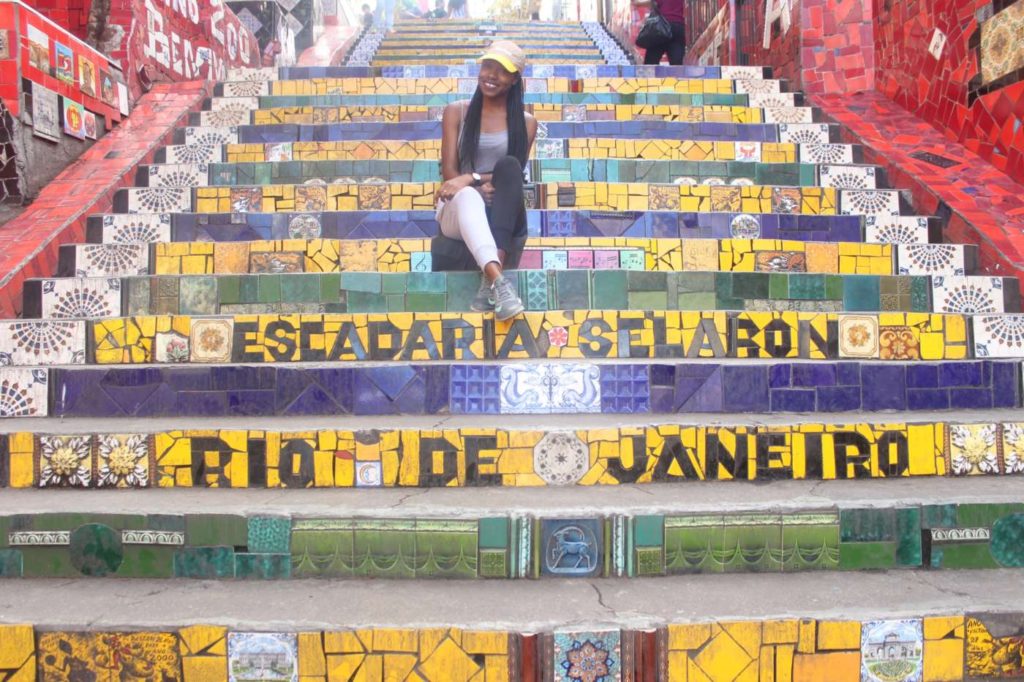 An all around Rio 2016 experience wouldn’t be complete if you didn’t get the chance to visit the other Olympic venues. Each venue had a different setting, a different atmosphere, so I was happy to have been able to visit them all.

Rio 2016, was my first but definitely won’t be my last. I had such a good time. The experience was timeless and I was happy to have been there for the entire 16 days of games to offer the help needed.

This didn’t come easy. It was a 2-year process that was worth every hour.

Tokyo 2020 is in 4 years and I am already looking forward to it.

Here’s what you need to know if you are thinking of heading to Tokyo 2020 as a volunteer.

– The volunteer portal opens up 2 years before the starting of the games. Apply early. The earlier the better. You are more likely to get the job and sports location that would like to have. You can keep checking here for updates.

– Pay close attention to your email that you signed up with. Follow-ups will be emailed to you from time to time, along with how to book your interview date and possibly your “Welcome to the Team” letter. You don’t want to miss out on this so pay attention.

– You will get an entire uniform kit so pack to accommodate the extra Tokyo2020 gear.

– Get a few tickets for some of the games you would like to see when you are there. The earlier you buy them, the cheaper they will be. It will be a little difficult if you wait until you arrive in Tokyo to get tickets.

However, I managed to have received a few as gifts. 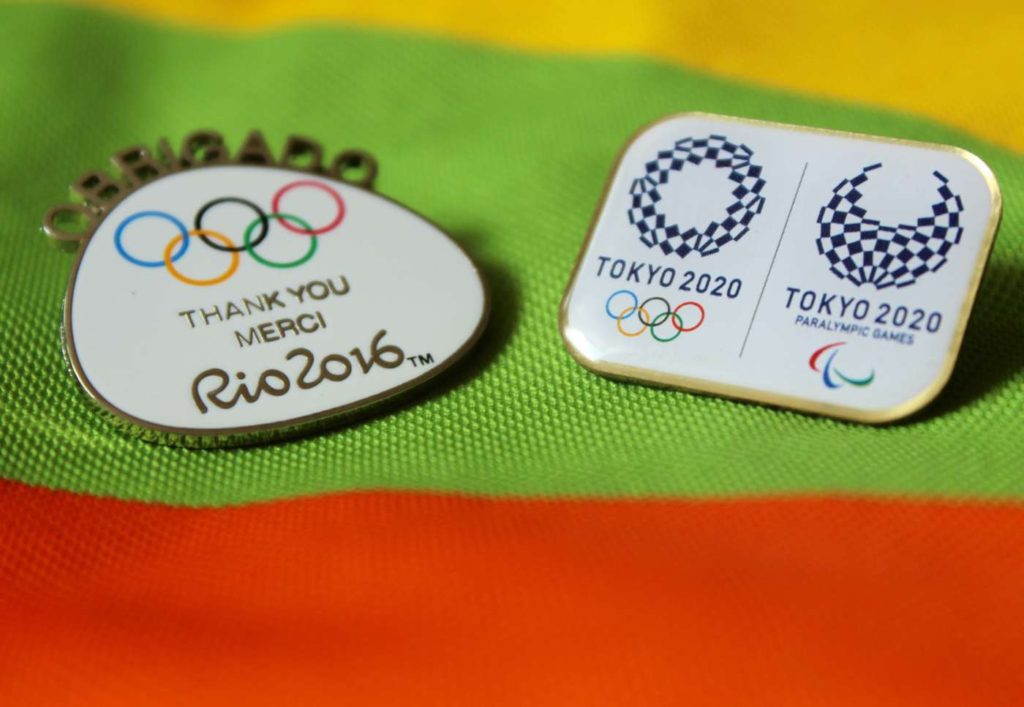 5 Travel Gadgets I Can’t Live Without